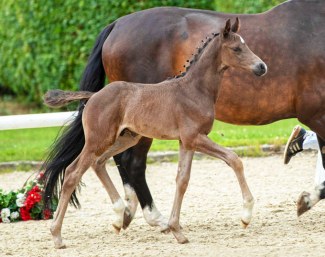 The bay colt Silencio (by Sir Heinrich x Floresco) became the best seller of the 2018 Westfalian Online Foal Auction, the second online edition the Westfalian society has hosted so far.

A collection of 19 foals was on offer and they achieved an average price of 5,078 euro.