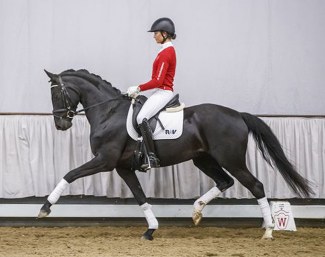 This edition of the summer auction only included dressage horses and thirty horses were sold for an average price of 17,417 euro.

The second most expensive horse was the bay gelding Di Stefano (by Dante Weltino x Vitalis), which achieved a knock down price of 32,000 euro and moves to Hessia.