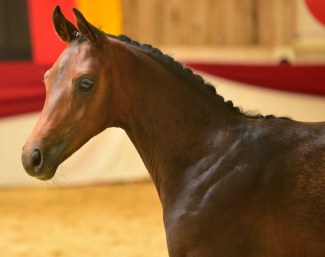 Bred by Hans-Georg Zander, Fidelius is by For Romance II x Quaterback and sold for 65,000 euro to new clients from Austria.

The filly Pacifica GE (by Secret x Grey Flanell) was knocked down for 25,000 euro, while Escolador (by Escolar x Lauries Crusador xx) found a new home for 24,000 euro.

The most expensive jumper foal was Verito (by Van Gogh x Lancer II), which fetched 26,500 euro and moved to a stallion station in Rhineland-Pfalz as a jumper prospect.

The colt Flash Mich (by Franziskus x Lord Falo) was knocked down for 16,000 euro.

The average price for a foal at this auction was 9,322 euro.