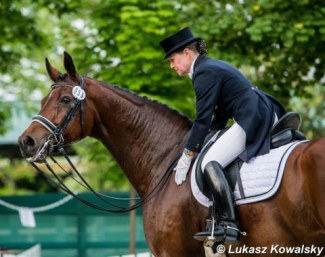 The Russian equestrian federation has announced the team that will represent Russia at the 2019 European Dressage Championships in Rotterdam, The Netherlands, on 19 - 25 August 2019.

Following the 2019 CDI Cappeln at the end of July, the team for Rotterdam was decided on

Surprisingly absent from the Russian team is 2019 World Cup finalist Regina Isachkina with Sun of May Life.

Russia's former number one pair, Inessa Merkulova and Mister X, have not competed this 2019 show season as the Russian bred gelding is recovering from an injury.