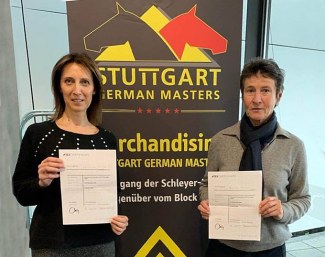 Thirteen international dressage judges got promoted to a higher star level by successfully completing the exams held during the 2019 CDI-W Stuttgart in Germany on 15 - 17 November 2019.

Judges from all over the world, including Canada and New Zealand and a large group of European judges, attended the exam which took place during the World Cup qualifier in Stuttgart.

The examination included a written exam about the theory and rules of dressage judging, followed by a day of shadow judging during the CDI-W Stuttgart. The candidates had to do a personal interview with course directors Katrina Wüst and Isobel Wessels.

The following thirteen judges were promoted to a new star-level: