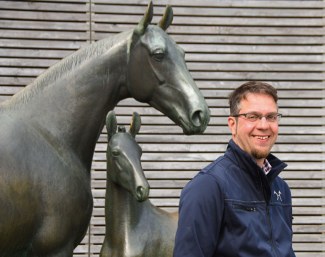 A former Verband spokesman for the young breeders, Hahn has been the director of the studbook department since 2001 and the deputy breeding manager since 2006. In the past years he has already played a decisive role in the tasks of the breeding management.

"The appointment of a new Breeding Manager is another mosaic stone on the way to the future. We are happy to have won Uli Hahne for this position. He knows the Verband, its structures and its environment like hardly anyone else. Nobody denies his professional competence for this task and I also believe that he is humanly able to bring us forward in the current situation,"  said chair of the board, Hans-Henning von der Decken.

Hahn replaces Dr. Werner Schade who was fired effective immediately after a board meeting on 13 May 2019. The Hanoverian verband is undergoing structural reform and wanted to split up the head job of managing director and breeding director which Schade held both