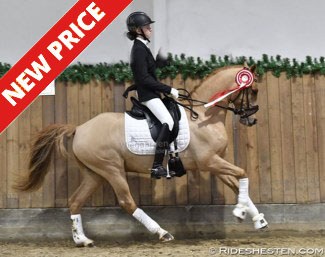 Kavsgaard's Dundee is a sweet and kind cat. II pony, born in 2009 and has three good basic gaits. He is an ideal schoolmaster for smaller children but also for the ambitious rider with big dreams. We bought him in 2014 directly from the breeder, so he has only had two homes.

Dundee is fresh and always ready to work, and he is totally uncomplicated to ride. He is 100% safe for traffic, and he is not spooky. He also loves to hack. Dundee loves to jump, and he has jumped up to 80 cm with me. He is a pony that can be handled by everyone, clipped all over the body and he is easy to transport in a lorry and trailer. You don't get a better friend than Dundee, as he is a pony who loves to work, and he does everything he can for his rider.