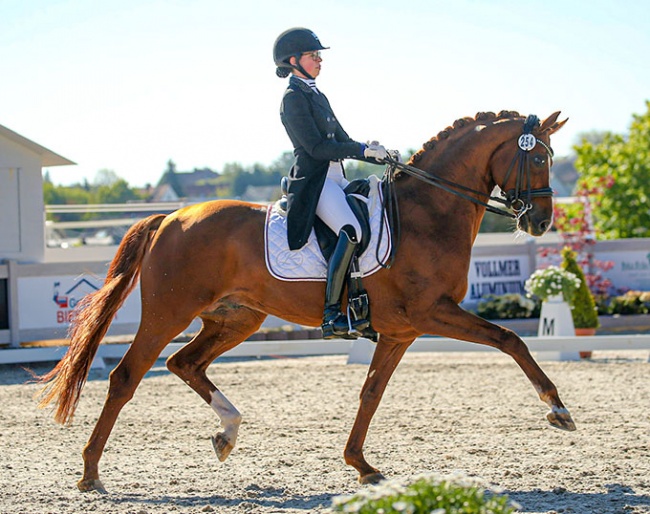 Woodlander Wild Child is an exquisitely bred, licensed breeding stallion who has been professionally trained up to schooling Grand Prix level.

Bred and owned by Lynne Crowden of Woodlander Stud in the U.K, Wild Child is by Wavavoom (by Weltregent x Longchamp) and out of double World Young Horse Champion Woodlander Farouche.

He held the record high score for the Futurity as a foal and became the 2011 WBS - UK Supreme Champion. In 2013, he was the top dressage two-year old. He was first licensed for the British Hanoverian society and WBS-UK and named champion of the licensing. In 2014 he got Oldenburg approved. He is approved for the Hanoverian society world wide.

Since December 2020 Wild Child has been in professional training with Katrin Burger. He is confirmed at small tour level and schooling the beginnings of Grand Prix. He won his first M** dressage test immediately with 70% and had some second placings in St.Georges with scores around and over 70%.

He has a perfect character and has no stallion manners. He is easy to ride, light in the contact and comfortable to sit. He is not spooky at shows and doesn't look around in the arena.

Wild Child will be perfect Junior or Young riders horse with potential for Under 25 as he is on his way to Grand Prix.  He would make a fabulous partner for an adult amateur as well and could return to stud duty if wanted.

He has clean x-rays (new vetting from November 2021) 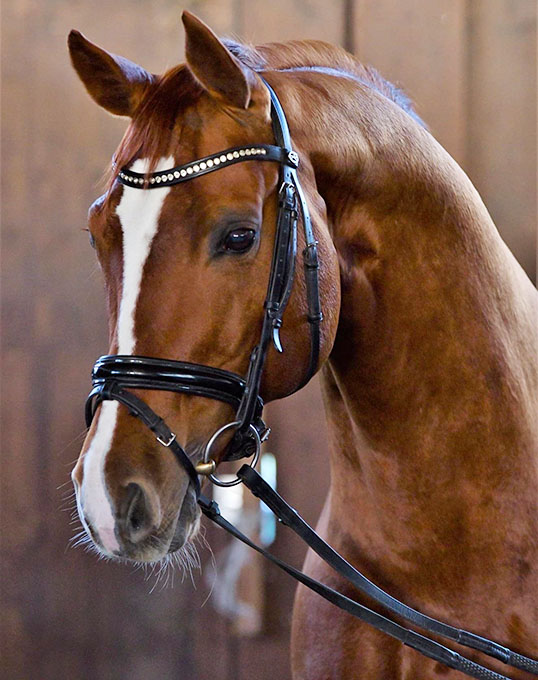