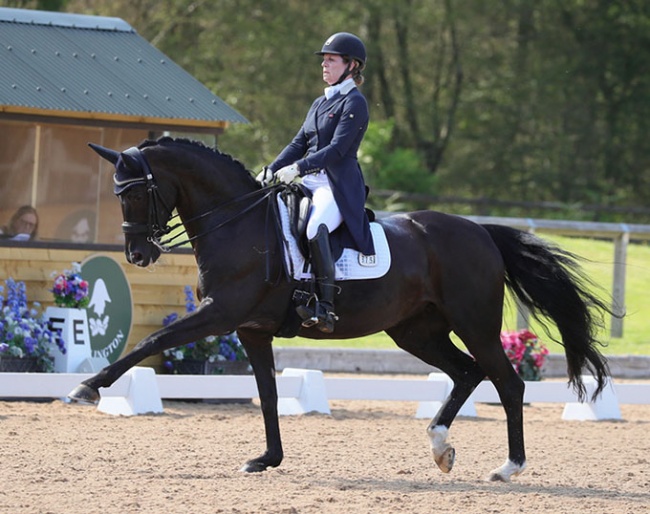 Schattentänzerin is a beautiful, exquisitely bred Hanoverian mare that has competed up to national Grand Prix level and international medium tour level.

This wonderful black mare comes from a proven, Hanoverian dam line, which has produced numerous state premium mares, Grand Prix horses (full brother Scaramouche) as well as the licensed stallion, her half-brother Quasar de Charry (by Quaterback). Schattentänzerin is a state premium mare herself and would also make an exceptional addition to your breeding programme.

This mare has been carefully produced up the levels and has competed from elementary to Grand Prix nationally. She has an international performance record at small and medium tour level.

She makes a real ladies horse, elegant and not too big, and would be highly suitable for a junior/young rider who wants to move into the Under 25 division, or a schoolmaster for an older/amateur dressage rider who is looking for a well trained horse to ride the Grand Prix movements on.

She is light to the aids and forward thinking, has a very sweet character and is brave in the ring. She has never been lame. 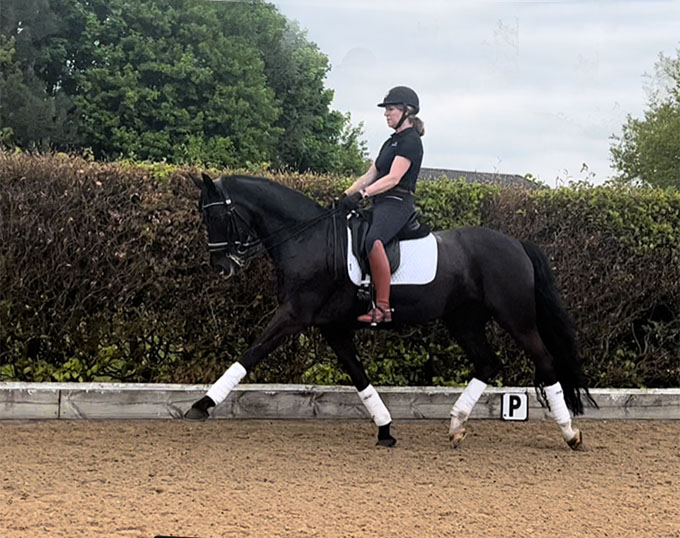