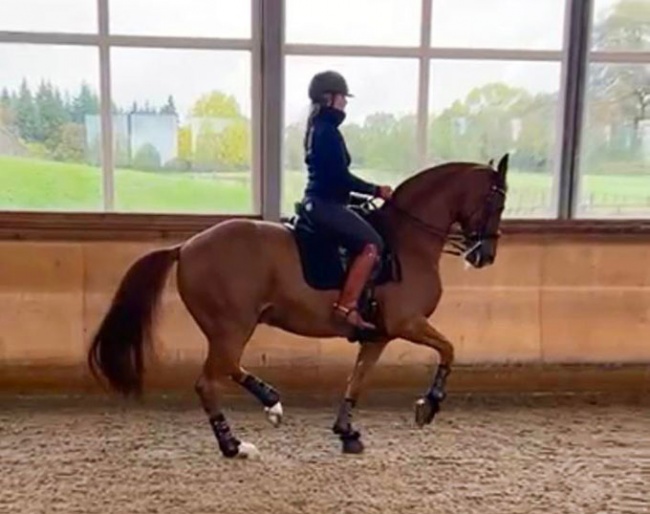 Lukien von Tespe is a striking Hanoverian gelding that has been competed at small tour level and is schooling the Grand Prix movements.

He has three expressive paces with natural suspension. He has competed at the British National Championships at Prix St Georges and Intermediaire I level.

Lukien has a good piaffe and passage and easy one tempi’s.

This horse is more than a schoolmaster. He would be highly competitive for an ambitious JR/YR or U25 rider but has not been recently competed as he has been owned and ridden by an amateur lady who doesn’t compete.

He can be tried and seen in Holland.

No lease or loan.