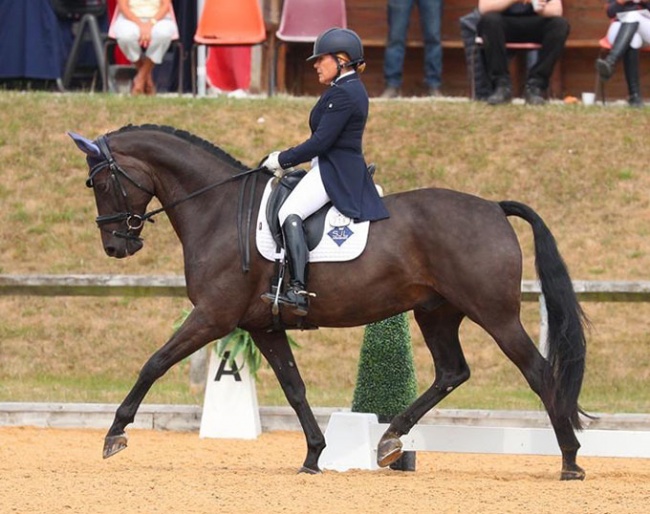 SJL Jackson is competing regularly at PSG and Inter I level and in October won the Pet Plan PSG championship in the UK.

He is ridden in both bridles- snaffle or double and is a light responsive ride. H would be very suitable for a Junior or Young rider with a view to International competition.

His lateral work and changes are excellent combined with a trot which is exceptional.

He is a lovely horse in the stable, to turn out and hacks out alone or with company  Very good to travel in both a small or large Lorry and will stand alone in the lorry at competitions, also very good to stable away.

His only negative is he sucks on his tongue, which doesn’t effect his well-being in any way.

Only for sale as Antonia has other horses coming through the levels which she is producing for his owner - Sara J Lucas.

A super sound horse who will give someone a lot of enjoyment and success.

Can be viewed and tried in the UK approximately 1.5 hours North of London.