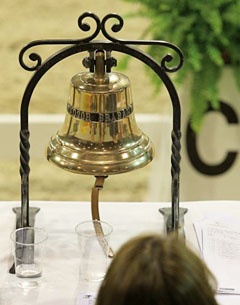 At the 2017 CDI-W 's Hertogenbosch, Patrick van der Meer and Zippo were eliminated from the Grand Prix because the judge at C, Annette Fransen-Iacobaeus, considered the horse unlevel. Van der Meer did not object to the elimination as he thought his horse bled from the mouth. Afterwards the judge at C apologized to Van der Meer for her decision.

In an interview with the Dutch equestrian magazine De Hoefslag, Van der Meer said that Fransen-Iacobaeus approached the Dutch rider after the class to apologize for her wrong decision.

"She indicated that she regretted eliminating me because Zippo indeed was not lame, but that she felt pressure to be very watchful of animal welfare," Van der Meer stated. "She was afraid of the reactions that would follow if she had allowed a lame horse to continue the test."

When the bell rung, Van der Meer did not approach the judge at C, but left the arena as he was convinced that his horse bled from the mouth. "Maybe I should have have done that (approach the judge), but then I was fully convinced that she had seen blood and that I was eliminated for the right reason. I was quite relieved and did not feel like going into discussion with the judge in front of a sold-out arena."

After this whole incident in Den Bosch happened, I could not help but wonder if this apologetic behaviour is simply human conditioning or frail  self-confidence. Whether this was a rightful or wrongful elimination, the incident itself was interesting as it exposed the pressure judges feel from animal welfarists.

Unlevel horses appear in the show ring once in a while and are most of the time allowed to complete their test. Their unlevel mechanic doesn't come through in all movements; most often it is seen in the trot half passes and voltes, or in the trot extensions. This is often excused with the statement that the horse is "bridle lame".

I wonder whether it's truly the animal welfarists who put the pressure on the judges? There is also the financial argument of the expensive price riders pay to compete internationally. Maybe judges tolerate those few uneven steps from an economic point of view, going against the grain of animal welfare? Furthermore many stories reach Eurodressage about another case of apologetic behaviour," i.e. when judges approach riders (or vice versa) after a class admitting to low scoring. This usually happens when they are far off from the colleagues. Does an apology really serve the rider, who just spent between 300 - 1000 euro on entry fees competing at a CDI? This is not taking transport, trainer and lodging costs for the weekend into account.

International top level horse sport is expensive and dressage is a judging sport. Under the current system there is always room for human error. However, wouldn't it be great to see judges more self-confident about the points they give or the bell they ring? We must believe that judges always judge with the best intentions , but by apologizing afterwards they undermine their own professionalism. If they are low with their points, a proper explanation on the score sheet should suffice, not an apology. The same with elimination. If blood or an unlevel horse is spotted, the bell should be rung. Don't apologize or fear the rider's or animal welfarist's wrath! Ringing the bell is always in the best interest of the horse as it is a wake up call for the riders who either have a lame horse or need to fix their training. Have the courage to stand up for expertise. Albeit, it could be a good idea to involve veterinarians more in the education process of judges so they can cultivate a sharper eye to differentiate bridle lameness from unsound horses. Just a thought.