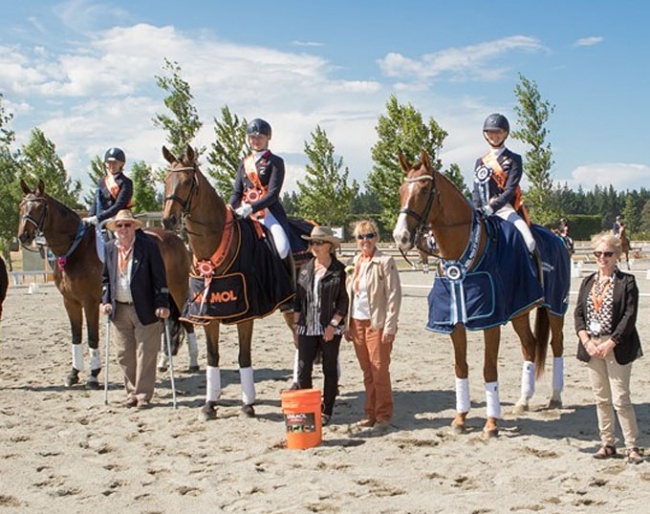 New Zealand's team and individual riders have notched up the narrowest of team wins and scored wins in three of the five divisions, plus a number of top ten finishes in the 2017 FEI World Dressage Challenge for Zone 8.

The FEI World Dressage Challenge is a global event that includes more than 50 countries divided into nine zones. It has been designed to create a ‘bridge” between the National level and the first FEI level of International competition and is aimed at all Dressage riders with a dream goal of representing their country in international Dressage at the highest level and on home soil. The FEI World Challenge goes from preliminary level classes up to Prix St Georges-Intermediaire I.

"It is nearly a decade since Australia participated in the Challenge so it was great to have New our closest international neighbours back in the mix as a measure of our own progress," said a spokesperson of the New Zealand equestrian federation.

Individually Australian Jamie Mita and Westewind were the high scorers in the Intermediaire I which included 16 starters world wide. Mita scored 67.697% to place ahead of Australian Stephanie McDonald on Che de Jeu (67.237%).

New Zealand's Melissa Galloway was first in the Prix st Georges from 26 starters. Aboard Windermere Jobei W she scored 68.224% and edged out Australian Sara Price on Cheval de Luxe (67.434%).

New Zealand's Karolyn Norton and Larapinta Primadonna were first in a large field of 46 combination in the Senior II, while New Zealand's Diane Wallace was first in a massive 53 strong field in the Senior I. In the Youth Class, Australian Isabelle Luxmoore and Linus WK topped the board with 68.333% ahead of Australian based Jasmine Haynes on pony Steendiekds Champ of Glory (67.167%).