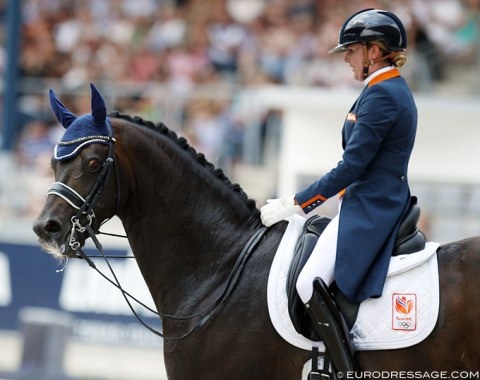 Apache (by UB40 x Krack C) initially tested negative, but no less than four of his licensed sons (Jovian, Indian Rock, Arango, All You Want) were tested positive to WFFS which raised serious questions about the validity of Apache's WFFS test.

Apache was retested for WFFS based on a hair sample, while the initial test was carried out on an old DNA sample from a stored blood sample. The Van Haeringen laboratory confirmed that a human error has been made in Apache's WFFS test.

Van Haeringen has retested all samples of KWPN licensed and several non-KWPN bred but KWPN licensed stallions of which initially a blood sample had been used. Only Apache's test came back as different. The status of all other retested, active breeding stallions was confirmed negative.