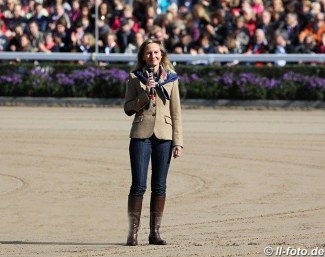 The legal battle in the Warendorf fraud case has come to an end. There has been no final verdict of guilt, but instead a settlement has been reached.

On 10 February 2016 a raid of the offices at the Warendorf state stud was held following an anonymous tip. It was part of an investigation against the three suspects.

They turned out to have received gifts in the form of several trips to Qatar with their spouses in 2013 and 2014. They also signed a co-operation to sell horses and accept commission fees up to 86,000 euro. The trio had set up a separate company to handle these transactions.

Rimkus also accepted 18,000 euro into her private account for a deal with an American horse buyer.  Of this amount, a Westfalian stallion owner paid 10,000 euro if his stallion would be licensed and sold to the American, while Borggreve would get 8000 euro commission fee. The stallion was subsequently leased and stood at stud in Warendorf. However, when the colt failed the performance test he was shipped to the U.S.A.

From Appeal to Settlement

Today, Wednesday morning 22 January 2020, the appeal has come to an end before the court ruled. The parties have reached a settlement, while the question of guilt now remains unresolved.

The settlement reads that Rimkus has to pay 2,500 euro, Gerdemann 2000 euro and Borggreve 1,500 euro. They have six months time to pay this amount.

Local newspapers described the settlement as "a big surprise" in their Wednesday morning editions and state that the trio will not have a criminal record.