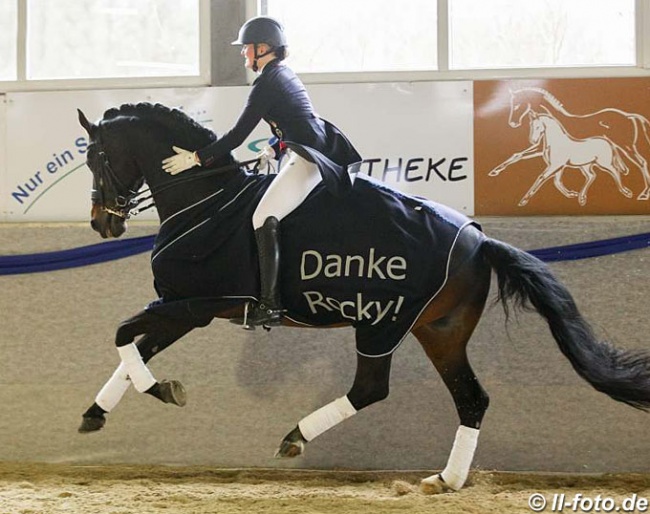 The 17-year old Westfalian licensed stallion Rock Forever has been officially retired from competition sport at the Holkenbrink stallion show on 8 March 2020.

Under Oliver Oelrich he won bronze at the 2006 Bundeschampionate, was the 2007 and 2008 reserve Bundeschampion and he placed sixth at the 2008 World Young Horse Championships. In 2011 he finished third in the Nurnberger Burgpokal finals.

In 2012 the owner's daughter Sophie Holkenbrink rode him as her young rider's horse and competed him in the Preis der Besten. The pair showed at small tour level.  They moved up to Grand Prix level in 2015. They only competed in two internationals in their career, in 2017 at Under 25 level in Mannheim and Riesenbeck.

The pair's last competition was at a local event in Dattlen in December 2018 back at small tour level. Fourteen months later, the dark bay stallion received a special sport retirement ceremony at his home stallion show.