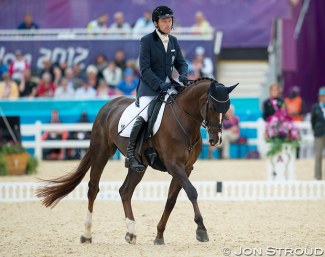 Fine Feeling S was a 23-year old Hanoverian mare by Fabriano out of Traumerin (by Trapper). She was bred by Heidi Müller.

Initially owned by Austrian dressage rider Katharina Stumpf (2009), Fine Feeling S was first competed internationally by Stumpf at M-level in the Sunshine Tour in Vejer de la Frontera, Spain, in 2006. In 2007 and 2008 she was ridden at small tour level, for instance at the CDI Salzburg, while in 2009 and 2010 she was dropped back to M-level at the Sunshine Tour.

In 2010 the mare switched ownership to Bettina and Alfred Schwarzenbach and in 2011 Puch was recorded as owner with the FEI.

Fine Feeling S became instrumental in the career of Austrian para rider Pepo Puch,  who competed at the Athens 2004 Olympic Games in eventing for Croatia, before a freak riding accident in 2008 left him with incomplete paraplegia. As part of his recovery, Puch rode again and partnered with Fine Feeling S.

Together with Fine Feeling S Puch won a gold medal and a bronze medal at the 2012 Olympics in London, five times European Championship gold and double silver at the 2014 World Equestrian Games. They competed at Grade 1B level.

Fine Feeling is also Kur record score holder (84.33% at the CPEDI Ebreichsdorf) since 2015. The mare was retired from sport after she claimed double gold at the 2015 European Para Dressage Championships in Deauville, France, in September 2015.

After a severe field accident, Fifi unfortunately had to be put to sleep.