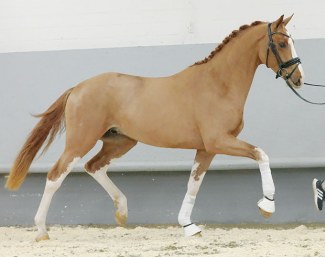 Benito became the best selling horse of the online auction the Westfalian society hosted and which concluded on 22 February 2021.

The chestnut (by Benicio x Fidermark) is bred by Sabine Brandt and was owned by Friederike Kampmeyer. Oliver Granicky from OG Reitsport in Bavaria secured him for 36,000 euro. The ride will go to Jacqueline Koser.

Quincy Jones (by Quantensprung x Danone) sold for 30,500 euro to Austria, while Feiner Prinz (by Floriscount x Don Crusador) fetched 30,000 euro and will stay in Germany.