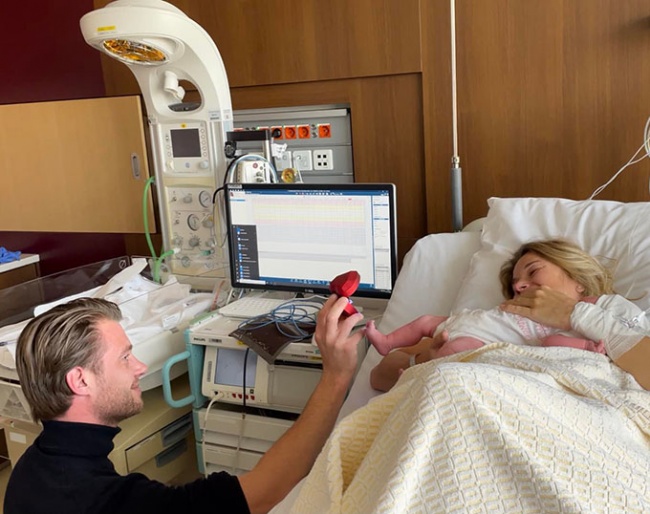 Dutch young rider Kris de Vries has been hired as a part-time assistant rider for Dinja van Liere, who has her base in Uden, The Netherlands. Dutch team rider Van Liere is the head rider for Eugene Reesink, but also riders Hermes for Dutch stallion keeper Joop van Uytert. The 21-year old De Vries made her international show debut on Jillz (by Charmeur) this year. She has given up her college career to get a Bachelor Degree for riding.

Katrine Hedeman, a fitness coach who works for the Danish youth squad riders and who is the former girlfriend of Cathrine Dufour, has become the winner in the reality tv-show Survivor, which in Denmark is called "Expedition Robinson". The 2021 edition of the Danish survivor was held on a deserted island in the Dominican Republic.  Hedeman won a cash purse of 500,000 Danish Kroner (67,000 euro) and has said to be investing it in a new horse for her younger sister Rikke, who suffers from cerebral palsy and is a decorated para dressage rider.

British pony team rider Ruby Hughes, daughter of British team rider Gareth Hughes and his wife Rebecca, a Grand Prix rider in her own right, has been named the "Horse & Hound Young Rider of the Year 2021.”

Dutch FEI rider Lotje Schoots welcomed a new horse in the barn, the 7-year old KWPN Evegro (by Everdale x Negro), which she sourced at Van Olst Horses. Evegro is a licensed stallion.

The KWPN mare Ulissa passed away at age 20. The bay mare was by Olivi out of Oilili (by Jetset D x Ulft). Between 2009 and 2012 she was competed by Adelinde Cornelissen. They rode at the 2010 CDI-W Mechelen in the small tour, won bronze at the 2011 Dutch Indoor Dressage Championships and were seventh at the 2011 Dutch Small Tour Championships. Since 2014 she was ridden by Benjamin Bakker, who also bred with her. She produced Absolutely Fabulous (by Houston) and this mare in turn produced Fabulous (by Spielberg).

Eleonore Casper, wife of the late Alfred Casper who founded Gestut Birkhof in Donzdorf, passed away on 5 December age 90. Zuchterforum wrote that in 1962 Alfred and Eleonore set up their independent business, first breeding pigs and horses as hobby. When they bought their first breeding stallion, the foundation for Gestut Birkhof was laid. She was mother to Thomas und Jürgen who run Birkhof now.

American professional dressage rider Katie Johnson got married to Gerhard Duerrhammer on 25 September 2021. The wedding took place at Rossl Alm in Gerlos, Austria, in sunny weather under a bright blue sky in the Alpine mountains. Duerrhammer works for Austrian company Plansee in the semiconductor industry and is based in the U.S.A. Johnson, who won individual gold at 2008 North American Young Riders Championships before turning professional, is based at TYL Dressage in Wellington, FL and Denver, CO. Her top horse at the moment is Grand Prix ride Quartett. Katie is now competing under her married named Katie Duerrhammer.

Dutch dressage rider and judge Jeffrey Heijstek married his partner Wouter van der Toorn. The couple, which wore matching green suits, had to postpone their wedding by a fews weeks because of corona measures in The Netherlands, but were finally able to celebrate their union on 10 December 2021.

American Grand Prix rider Anna Marek gave birth to a baby girl, Mae Rose Courter, on 5 November 2021. The baby weighed 8.9lbs at birth and measured 21.5 inches long. "We are so happy and grateful that she is here and healthy," said Marek.