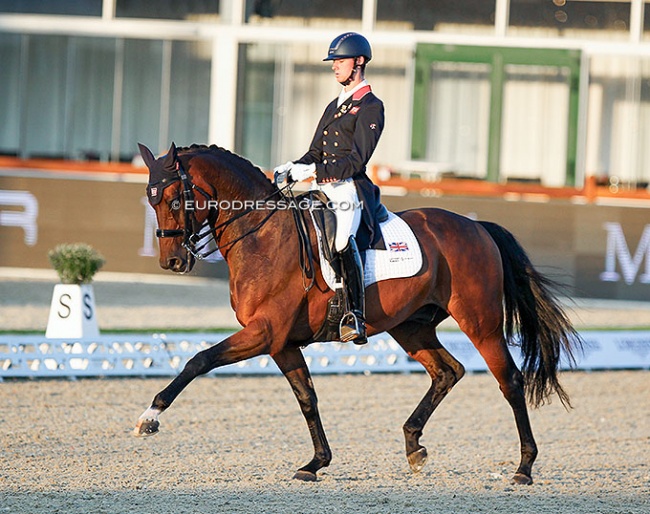 British Dressage has announced the names of the three riders that will make up the team for the 2022 European Under 25 Championships in Pilisjaszfalu, Hungary, on 24 - 28 August 2022.

Three riders and four horses have been nominated on the team.

Selection decisions are subject to the athletes and horses maintaining fitness and performance, and the list may be amended at any stage. The confirmed combinations selected to represent Great Britain at the FEI Under 25 Dressage European Championships will be announced on or around 18 July.

BD International Director, Judy Harvey, commented; “Our U25s riders have developed well over the season, with increasing confidence and improved scores. I am delighted that we have four strong combinations from which to select those who will be heading to Hungary next month.

“As we build towards the Championships in Budapest, we have seen some fantastic results from the combinations on the nominated list. Achieving a place on this list will have been the aim of the owners, riders and their support teams and they have done a phenomenal job to get to this stage.”