Para Dressage: Two Athletes Working Together as Equals in a Wordless Conversation 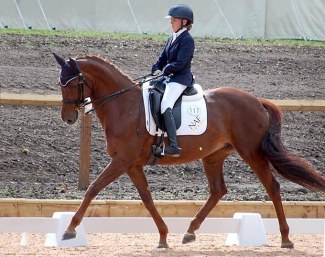 The name ‘Paralympics’ stems from the Greek preposition “para” (beside or alongside) and means that the Paralympics are the parallel Games to the Olympics. It illustrates how the two movements exist side-by-side. It’s the pinnacle of every Paralympic athlete’s career - as it would be for an Olympian, as a culmination of commitment, hard work and sporting prowess.

Following London 2012, newly inspired dressage enthusiasts began referring to dressage as the sport with the dancing horses. For a sport that has faced criticism of not always appealing to the wider audience due to it being too complicated and subjective to understand, it was a positive step forward.

With the absence of the higher-level movements and ultimate degree of collection shown in the piaffe and passage in para dressage, some might be inclined to assume that the tests used throughout the grades must, therefore, be easy to ride. In some aspect you would be right and many of the top riders and horses will find the completion of the tests are well within their capabilities. However, as in able bodied dressage it is not simply completing the test. Doing it with expression, relaxation, and effortless harmony in a mistake-free manner to command the higher marks is the real challenge. Even the most straight forward of movements become difficult when you seek perfection and tests are designed to be technically challenging for horse and rider, to expose any gaps in the training, or moments where equine anticipation overpowers the rider’s aid.

Different grades and disabilities bring different challenges for the horse and rider, but judges have to be consistent in judging the horse and how they’re performing the movements. Riders don’t get a free pass if their horse doesn’t go forwards or sideways when they don’t have any legs, the contact must still be soft and consistent, even if their arms are impaired. Marks are lost for inaccurate riding, whether you have a visual impairment or not. It’s not about being sympathetic to individual challenges, but correct training and fair critique of a sport in which athletes work to be just as competitive as their able-bodied counterparts.

In a sport where men and women compete on a level playing field, top para riders are also competitive on the able-bodied scene, because physical stature or strength does not define what you are capable of when partnered with your horse. The beauty of dressage comes down to the partnership between horse and rider for those five minutes in the arena when this magnificent fight or flight animal chooses to work with their rider and put its trust in them, when instincts tell them to run.

The concept of the FEI’s ‘Two Hearts’ has never been more relevant than in this context of horses having to put their faith in riders. This is reciprocated even more so in the Para Dressage arena, where many put themselves in a potentially vulnerable situation every time they ride. Quality performances will appear across the board in all grades, but the magical ones are when you can visibly see the special bond, when two athletes are working together as equals in a wordless conversation that has no language barriers because it is felt, not spoken.

“A horse without a rider is still a horse, but a rider without a horse is just a person.”