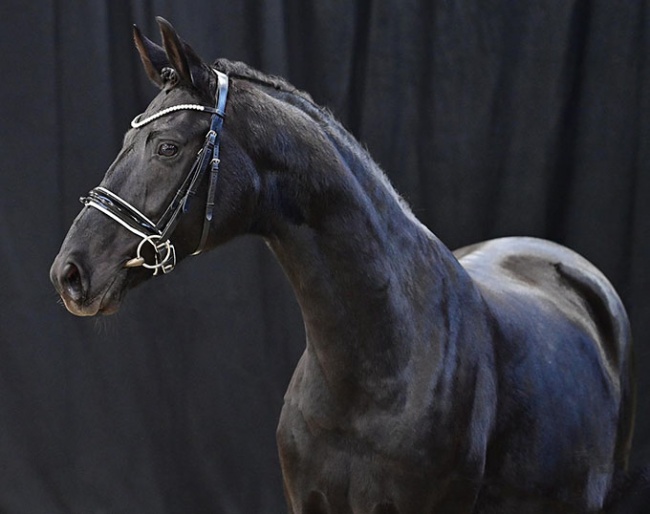 Fair Lady (by Fürst Wilhelm - Ron William - Donnerhall), bred by Dagmar and Hans-Werner Müller,  was the top-priced mare at 29,000 euro. Fair Lady is in foal by the Oldenburg Champion Stallion and Louisdor-Preis finalist Morricone I. The eight-year-old mare is the full sister of the stallion Fair Game, who is already victorious in junior tests at M** level under Pia Casper. In the future, the black mare will bring joy in a future-oriented breeding stable in Brandenburg.

Second most expensive mare with a knock-down price of 23,500 euro was Ennigaldi (by San Amour I - Depardieu - Feiner Stern), bred by Ulrike Finck-Deichner. Ennigaldi is the dam of the top priced auction foal Marco Polo by Marc Cain for 110,000 Euros. She is currently in foal to a dressage horse supplier of the first order, Vitalis. The Grand Dame changed to an Oldenburg regular customer and first-class successful breeder from the east of Germany.

The most expensive jumper mare with 16,000 euro was Reica (by Cornet Obolensky - Landor S - Contender), bred by Zuchthof Broxtermann. The four-year-old Cornet Obolensky mare is in foal to the seven-year-old young star Dourkhan Hero Z, victorious in youngster tours under Christian Ahlmann. She sold to Switzerland.

Next Auction in Vechta

If you would also like to secure an Oldenburg future star, then take a look at our current collection of the 96th Oldenburg Spring Elite Auction on 2 April.

The collection inspires with first-class dressage and jumping horses as well as some candidates of the Oldenburg Saddle Licensing: