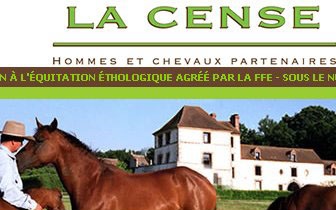 French Grand Prix dressage rider Pierre Subileau has announced his resignation as director of the Regional State Stud of L'Ile de France, which is part of the French National State Stud in Bréviaires, France.

Subileau was hired at the "Institut du Cheval" in 1999 to develop the stallion breeding programme. He then got promoted to technical delegate at the State Stud in Breviaires in 2002. In July 2004 he became regional director for L'Ile de France. Subileau was also the national trainer of the French junior and young riders' team.

Aboard the Danish warmblood Sejlgaards Carlos, Subileau finished third at the CDI-W Lipica, second in the Coupe de France and he won the bronze medal at the French Dressage Championships in 2004.

"The responsibilites I had at the State Stud had a great effect on me personally," Subileau commented, "I hope the changes I carried out at the Stud will reinforce the position of the stud on a political and socio-professional level in the horse world."

Subileau has accepted the position of manager at the private stable Haras de la Cense, a center for natural horsemanship.