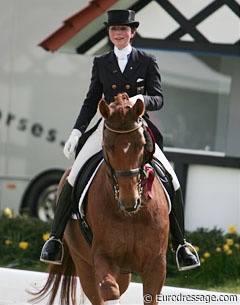 Two members of the FEI Dressage Committee have announced their resignation at the CDI Stuttgart while the chair, Mariette Withages, is presenting the committee at the 2008 General Assembly in Buenos Aires, Argentina.

Monica Theodorescu, who is the rider representative on the FEI Dressage Committee announced that she resigned as member of the International Dressage Riders Club.