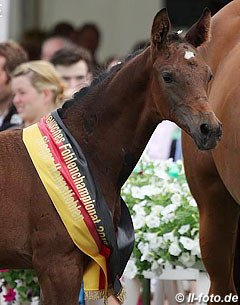 A collection of high quality foals was invited to compete in Lienen after a string of selection trials all over Germany during May and June.

The best colt was Antje Mense-Bussmann's bay Franziskus x Quaterback offspring. The judges' panel with Peter Engel as chair awarded this elegant colt the champion's sash and national title. Sire Franziskus (by Fidertanz x Alabaster) was the National Foal Champion himself several years ago and now presented his first collection of offspring. Three of his get were ranked in the top 10. The reserve colt champion was Raimund Vorwerk's Destano x Don Vino, while Jakob and Maria Regleuer's bay Furstenball x Stedinger ranked third. 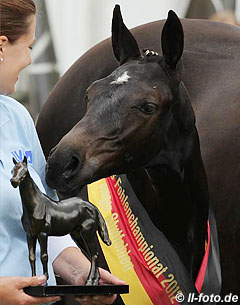