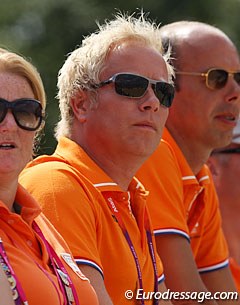 An international mixture of judges gathered in Stuttgart for an exam. Those participating for the 3* level exam were the Dutch breeding specialist Karin Retera and the Dutch Equestrian Federation's technical director Maarten van der Heijden. The others are Colombian Cesar Torrente, American Sandra Hotz, Finnish Paula Nysten, Spaniard Miguel Jorda Fortesa, and the German Henning Lehrmann.

The definite promotions for these judges will be announced by the FEI on 1 January 2013.