Nadine Capellmann is a Mom 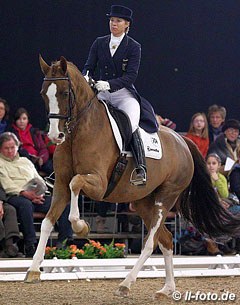 Capellmann was unable to attend the very popular CDI-W Stuttgart mid November 2012 as she had to travel to Russia to pick up her new daughter.

Related Links
Nadine Capellmann, Dancing with her Horses at Home