Franziskus in Training with Ingrid Klimke 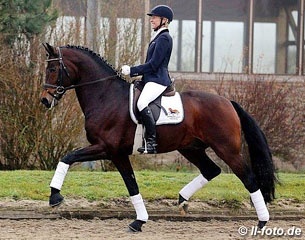 The bay stallion (by Fidertanz x Alabaster x Rubinstein) is only 5 years old, but already has a stellar career as a competition horse and breeding stallion.