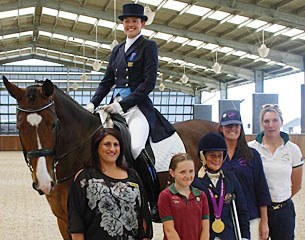 It is the final opportunity for an Australian based horse and rider combination to gain automatic long list selection to this year’s World Equestrian Games in Normandy, France.

Riders entered in the Big Tour are now busy preparing to make the journey across the country for the hotly contested Big Tour on Victoria’s scenic Mornington Peninsula.

Julia Battams, Equestrian Australia’s National Performance Director of Dressage and Para Equestrian said ‘the Boneo Park CDI*** will be a very exciting final round of the first stage of the World Equestrian Games selections, with horse and rider combinations vying to post the best average score from the three qualifying eligible events in a bid to secure their place. automatic selection to the WEG long list. 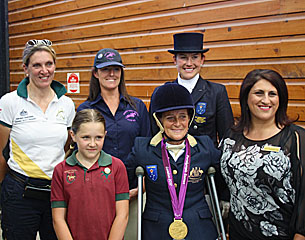 The CDI will also be the second of three observation events for the Para Equestrian Team, where two of our London team members, including Gold Medallist Joann Formosa, will be competing to again represent Australia at WEG, so it will truly be a very exciting weekend.’

Managing Director of Boneo Park, Fiona McNaught, said "Boneo Park is thrilled that in addition to the Big Tour, this year’s Boneo Park CDI 3* will be hosting classes for FEI, EA, Para Dressage, HRCAV and PCAV, meaning that for the first time in Australian dressage history riders of all ages and all levels will have the opportunity to experience competing at a CDI."

Organisers, sponsors, traders and competitors are ready to put on the show, but Boneo Park are still keeping the event’s entertainment surprises under wraps! With that said, Boneo Park are certain that all participants and spectators will leave the event smiling after they see what’s to come!