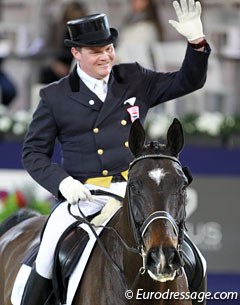 Wim Ernes has undergone his second round of chemotherapy in his fight against brain cancer. As his health condition is uncertain the Dutch equestrian federation went in search of an assistant who can lighten Ernes' task while he also works on recovering his health.

The Belgian based, 52-year old Johan Rockx has been appointed assistant team trainer effective immediately. Rockx is an international Grand Prix rider but competed at his last CDI in May 2014. He is also a certified coach level 5 (GP level) and an active member of the trainers platform of the Dutch Equestrian Federation.

Wim Ernes will continue to be the number one team trainer but Rockx will be assisting him in his duties.