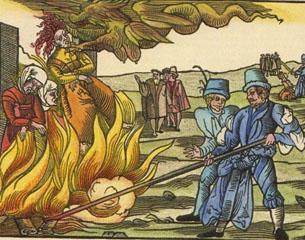 After the publication of Blood Disregarded at the 2016 CDIO Rotterdam? I spent two full days replying to emails having to defend myself and my intregrity as a journalist for chosing to post that story and exposing some obvious glitches in the system. The storm I had to brave was an epic one.

I received accusations of being sensationalist, stirring the pot, and ruining the image of dressage and equestrian sport. I was even incriminated for publishing photos which obviously had been tampered with by photographers. It is interesting that riders have bleeding horses, but journalists are the ones guilty of it! I'm stunned that they prefer to turn a blind eye on an unfortunately situation instead of addressing double trouble in the judging and stewarding system in Rotterdam.

Blood in the mouth usually comes from tight nosebands, too much pulling or tension, whether it was accidental or more often a hard hand at work. An old scab can open up and that does not mean a rider is torturing his horse, but the FEI rule is clear: when there is blood, elimination follows.

I am happy that there is such a clear-cut rule to prevent discussion when it comes to blood in the show ring. I remember that a rider once claimed a clear spur mark was a "skin allergy". This is why the rules are as strict as they are to prevent mythomania. However, when a judge's vision is temporarily blurred in the show ring and stewards are not performing their duty by assisting the judges in strict tack checks, for which they are hired, then this needs to be addressed.

Articles get acclaim and support as long as they fit the rider/trainer's personal agenda and view on dressage. As soon as the story deflects from that vision, the piece gets branded as a click-generator, fluff, tabloid, sensationalist, and destructive for the sport. You hardly ever get a compliment when you write a positive article, but you automatically get hate mail when you come out of the closet as a critic.

Let's get back to the role of journalists to protect and promote the image of dressage sport to a global audience (shouldn't that be the job of the riders themselves!?). I am a firm believer that dressage riders are the sheep in a pack of wolves. Walk over to the show jumping, endurance and reining ring and you see riders infringing animal welfare every ten minutes. Surprisingly their insiders accept it and see no reason for change. Those riders have no problem tacking jumper horses with an ironmonger shop of bits in their mouths and noseband contraptions that make an SM dominant go to seventh heaven. In endurance in the Middle East horses break legs, die like flies, are illegally swapped mid-race and doped beyond belief. Still the FEI prefers to see a steady cash flow from show jumping and Middle Eastern endurance than drastically helping those horses and cleaning up the sport. Yet dressage is the black sheep and its riders feel more put under the microscope than in any other discipline.

I'm a very strong supporter of beautiful dressage in which horses do not have to go through pain (and blood). I have a big amount of photos of spur scars, skin transplants to cover up spur scars, bleeding spur marks and bloody mouths, even on horses of what are considered the best riders in the world. This can not be tolerated for the sake of ego-glorification and success in sport. We want a sport in which the horse is praised as a happy, healthy athlete, without blood. Let's keep it that way!

I will brave on like a Joan of Arc in carrying out that message in the face of adversity. Instead of softening the blood rules for dressage, let's live by them and enforce them with courage and bravery. Dressage has to be the trendsetter in the equestrian sport and only in its example the other disciplines should follow.