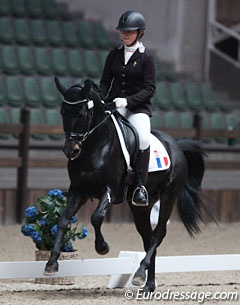 The French equestrian federation and national selector Muriel Leonardi have announced the French teams that will be competing in the CDIO nations' cup leg for youth riders at the 2017 CDIO-PJYR Saumur on 26 - 30 April 2017.

France will be fielding a team in the pony and junior riders CDIO leg.

The selected riders for the team are: