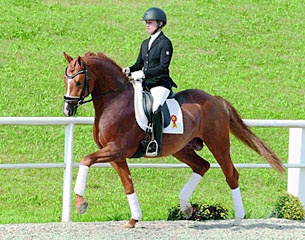 Three stallions were licensed and one approved for breeding for the South German studbooks following the 2017 Saddle Licensing held at the Marbach state stud on 3 - 4 November 2017.

A collection of 15 stallions was presented under saddle. Three of them were licensed, of which two received premium status. One already licensed stallion was approved for breeding in South Germany.