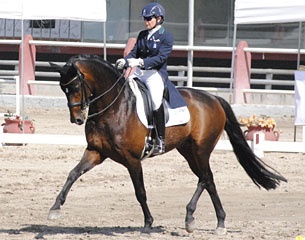 Dressage México celebrated a second, consecutive year of record inscriptions for their National Championship with 220 entries from different parts of Mexico, a feat never before accomplished. With the participation of combinations from Mexico City, Monterrey, Guadalajara, San Miguel Allende, Aguascalientes, Puebla and Mexico State, the biggest diversity of combinations was to be seen at this event. 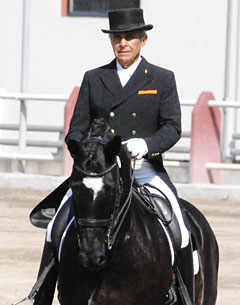 The Mexican Dressage Championships organized classes at three different levels and is quite complicated! Firstly the Metropolitan Circuit final, tallied with points through the season. Combinations had on last chance to accrue points on Friday, when the Metropolitan Circuit ended and each clase’s prizes will be awarded. Secondly there is the CDI, of which the classes count for the Nationals and then there is the actual National Championship.

Final results for the podium places are tallied by averaging the two scores achieved over the two days of competition. Each combination came to the nationals with a blank page, because there’s no qualification requirement and the scores are those earned over the course of both days. The organizers added the incentive for riders to participate in the CDI by rewarding them with an extra 2% added to their National Championship scores. 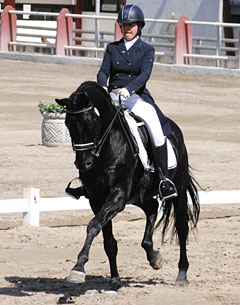 At small tour level ten riders were ranked for the National Championship, yet just six of them competed in the CDI classes. Rafael Lavista and the 15-year old Dutch warmblood mare Varonette (by Gribaldi x Elcaro) took the highest step on the podium after scoring 66.474% in the Prix St Georges and 68.825% in the Intermediaire I Kur to Music. With the 2% bonus, he totaled an average of 69.21%. Lavista's biggest competitor was Bernadette Pujals on the 12-year old Westfalian Baron de Ley W (by Breitling W x Diego xx). She won the Prix St Georges far ahead of the rest with 71.842% but retired in the Kur to Music so finished last in the national ranking. The silver medal went to Edith Vega on the 17-year old Hanoverian mare French Affair (by Fabriano x Werther) on an average of 68.97%, while Jose Luis Padilla and his 11-year old Westfalian Frontliner La Cascada (by Furst Heinrich x Alabaster) got bronze with a 66.90% average.

Only one rider competed in the CDI amateur classes, which consisted of the Prix St Georges and Intermediaire I. The gold medal went to the sole CDI rider: Eugenia Lelo de Larrea on Step Star, a 10-year old Hanoverian by Sandro Hit x De Niro, which was previously owned by Roland Metzler. Larrea scored 66.82% on day one and 67.56% on day two to average a winning 67.19%. The other six amateur riders in this class only rode the national tests.