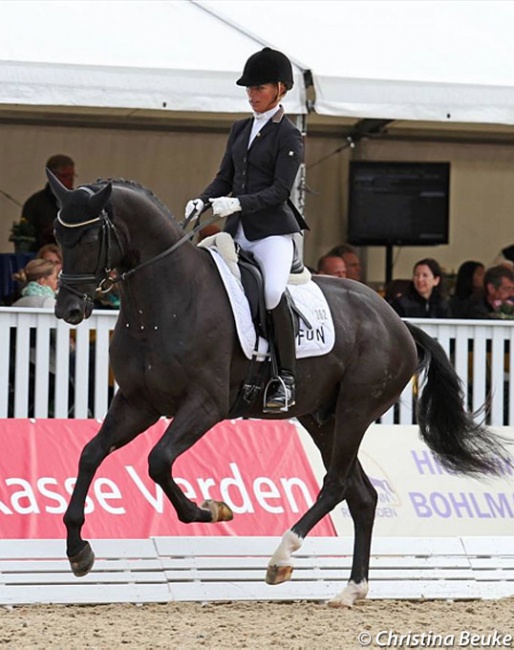 He was started under saddle in the riding horse classes by Sebastian Albers in 2012. Kira Wegman, Isabel Freese, Claudia Ruscher, Kim Arjes then followed as riders between 2013 and 2014, before Dorothee Schneider took over the ride.

Schneider and De Valier had some moderate successes in 2016 on the Bundeschampionate qualification circuit but they didn't go to Warendorf. In 2017 the horse was shown three times nationally at S-level.

Muller has now added the licensed stallion to her string of horses.