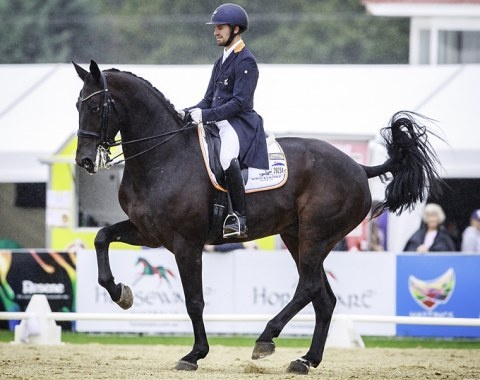 Equestrian Sport New Zealand has announced the new high performance dressage squads, highlighting the growing baseline of both riders and horses for the future.

Rio Olympian Julie Brougham (Palmerston North) with 15-year-old Vom Feinsten and reserve John Thompson (Hamilton) with 16-year-old Antonello are the only two on the High Performance Squad. Both are chasing berths for the fast-approaching 2018 World Equestrian Games and continue to impress all with both commitment and results.

Deken is no stranger to being named in HP squads, while Walton has been on squad with another horse, and Galloway has previously been on New Zealand youth squads with both her horses.

Dressage New Zealand sport manager Wendy Hamerton said it is an exciting time for the sport in New Zealand.

“We’re excited about the quality of the horses on the two squads and the experience of the riders,” says Hamerton. “Although the qualifying process for Tokyo is still a bit of an unknown, we have horses and riders who potentially could represent us there who could come out of these squads . . . if the FEI qualifying process permits. In the meantime, it is a good mix of experience with new and younger horses and riders, which will hopefully build up a strong baseline going forwards. That strong base is something we have been lacking a bit in the past.”

Hamerton said it was essential to keep the pathways open for the nation’s committed riders. “It is a huge personal commitment if you want to be an international representative for New Zealand, and it’s important we support them on that journey.”

The announcement for the riders to represent New Zealand at WEG is expected shortly.