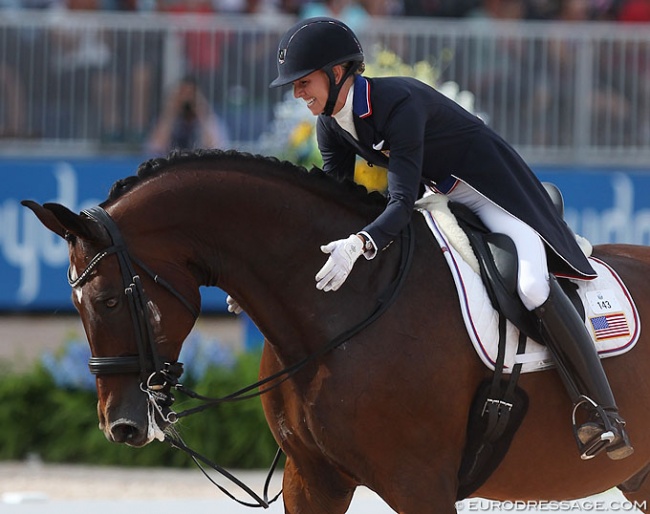 The World Breeding Federation for Sport Horses (WBFSH) has released its final ranking of 2018 and the KWPN Dutch warmblook society has pulled an impressive feat by dominating the ranking for dressage, show jumping and eventing this year!

The  KWPN society totally dominates the studbook rankings by holding the first place in all three disciplines! The French studbook ANSF occupies third place in show jumping as well as in eventing. After several years on first in eventing place The Irish Sport Horse (ISH) has dropped into second place.

The Westfalian studbook has landed third place with 12,749 points thanks to Emilio (by Ehrenpreis), Bella Rose (by Belissimo M), Delgado (by De Niro), Daily Mirror (by Damon Hill), Four Seasons (by Furst Piccolo), and Tattoo (by Tuareg).

The KWPN's number one position on the ranking is largely contributed to the highest ranked horse: Verdades. The KWPN gelding by Florett As x Goya is the number one on the dressage horse ranking with 2714 points.

Therefore, Dutchman Piet Crum is the winner of the 2018 WBFSH Dressage Breeders' Ranking for having bred the number one horse, Verdades.