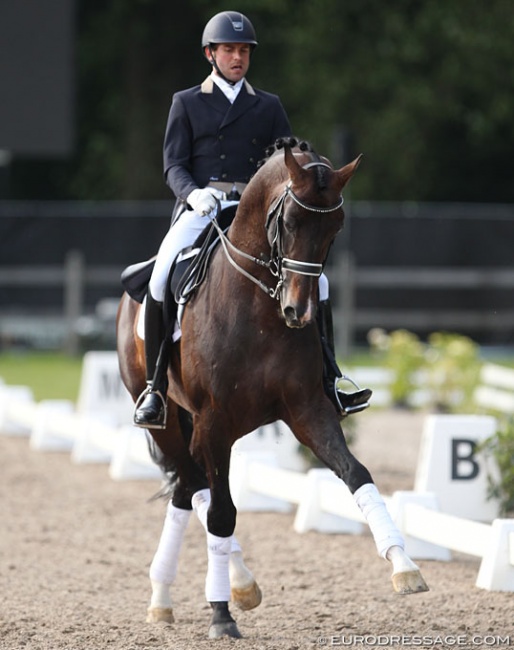 The KWPN licensed breeding stallion Zhivago has been sold to Canada. Marie-Josee Proulx has acquired the 14-year old Zhivago to set up a breeding programme at her yard Canadream Farm in Ottawa.

Zhivago is a 2004 born KWPN stallion by Krack C out of Orendy (by Jazz). He is bred at Pegasus Stables in Bentelo, The Netherlands, and was owned by Joop van Uytert in partnership with De Radstake.

Zhivago was the reserve champion of the 2007 KWPN Stallion Licensing, the year that the international Grand Prix horse Blue Hors Zack was named Licensing Champion. He also became the winner of the 2007 KWPN Autumn Stallion performance testing.

Edward Gal briefly rode Zhivago at the start, but in the winter of 2009 Zhivago moved to Theo Hanzon, who took over the ride and brought him to Intermediaire II level. The pair won the 2010 and 2011 KWPN Stallion Competition and 2009 Pavo Cup Finals. They represented the KWPN breed at the 2010 World Young Horse Championships in Verden.

John Tijssen rode the stallion briefly and then there was Dinja van Liere who competed him in his only international CDI at small tour level in Ermelo during the 2016 World Young Horse Championships. His last rider was Kristy de Roo. Although Zhivago impressed and scored as a talented young dressage stallion, he did not make a break through at FEI level.

Zhivago has now been sold and will continue his breeding career in Canada.