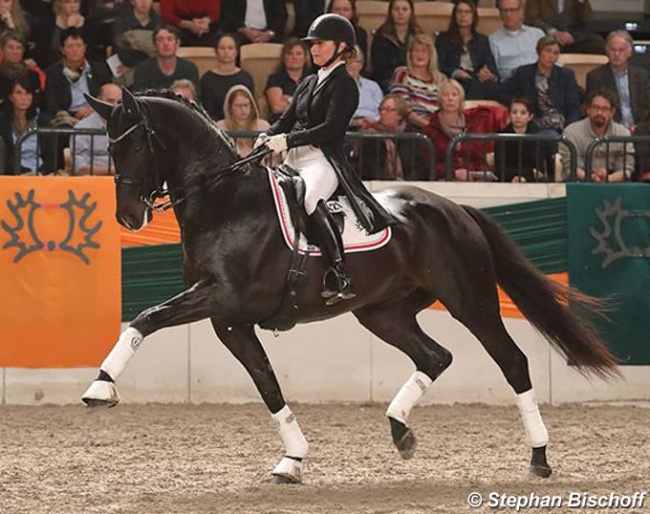 Kipling, the Trakehner who won bronze at the 2017 World Young Horse Championships in the 7-year old division, has been submitted to the TSF-programme.

The Trakehner Promotion Society (TSF) for Trakehner horses in sport awarded Kipling the TSF suffix. By carrying the TSF suffix, these horses will become the torch bearers for the breed. The riders can benefit from riding in TSF organized clinics in Germany with Jonny Hilberath.

Kipling is a 2010 born Danish Trakehner by Hofrat out of Kylie (by Hohenstein). He is bred and owned by Peter Christensen in Denmark.

Under Danish Grand Prix rider Anne Troensegaard the horse made its mark at the 2017 World Young Horse Championships in Ermelo, The Netherlands, where he won bronze. The year before he was sixth in the finals at the 2016 World Championships.

At a national level in Denmark, Kipling placed third at the 2014 Danish Young Horse Championships and second at the 2016 and 2017 Danish Nationals.

Kipling did not compete at all in 2018 and was rumoured to have been sold to the U.S.A. but Troensegaard confirmed that the horse is now with her and is slowly being prepared for an FEI level start.