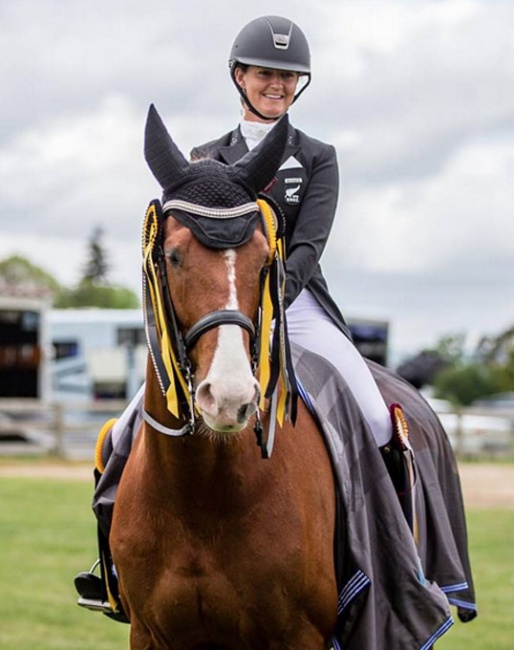 The FEI World Dressage Challenge is a global event that includes more than 50 countries divided into nine zones. It has been designed to create a ‘bridge” between the National level and the first FEI level of International competition and is aimed at all Dressage riders with a dream goal of representing their country in international Dressage at the highest level and on home soil. The FEI World Challenge goes from preliminary level classes up to Prix St Georges-Intermediaire I.

The individual placings were also a credit to NZL riders. Melissa Galloway and Windermere J’Obei W won the PSG from Riley Alexander and MI Sirtainly Sir, (AUS) in a field of twenty eight starters,  Gayleen Lennard  and Jax Johnson (69.464) fended off a forty one field challenge in the Senior I class to win from RSA’s Katherine Keller (68.8395) and Sachleen Kaur with HPH Levitate won the Youth Class from Australia’s Jasmine  Abernethy

Kieryn Walton was the best NZL placed rider in the Int I class taking second place behind RSA’s Megan Berning and Christine Weal on Schindler’s Liszt was the best Senior II finishing in sixth place.

The full world results of all ten Zones are still to be announced, but NZL currently lies in second place behind Chile who has a commanding lead on 254.735 from NZL on 246.265