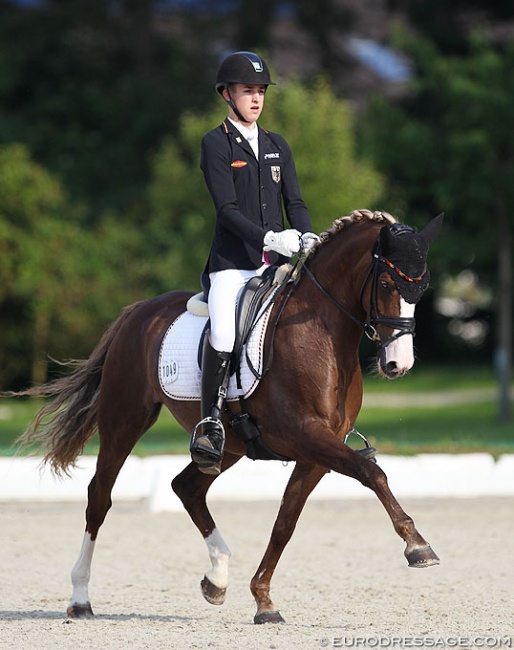 German Moritz Treffinger has sold his number one pony, Top Queen H, with whom he won triple gold at the 2018 European Pony Championships in Bishop Burton this summer.

The liver chestnut mare was first started as a 4-year old under Laurien Hawerkamp, who competed her through 2014. In 2015 Lilian Zimmermann climbed on board and showed her at regional L level for one year. In 2015 the mare sold to the Treffinger family and became Moritz' ride.

Moritz and Top Queen H made their international show debut at the 2016 CDI Prangins. At their next international, one year later in Wiener Neustadt, they won two out of three tests. The pair was on the rise but not yet picked for the team.

The 16-year old Moritz made the switch to horses already in 2018, his final year on ponies due to the age limit. He will now begin his chapter as a junior rider.

Top Queen H will stay in South Germany and has been sold to Paulina von Wulffen, who made her international show debut on ponies in 2018 with the former German team pony Dujardin B.