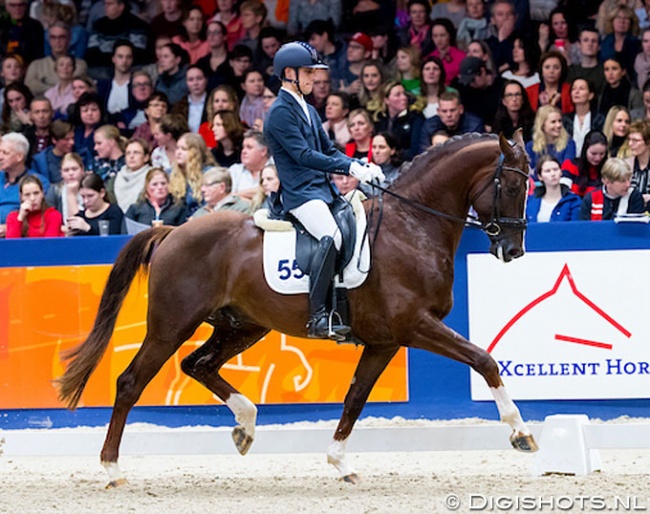 Singaporean Titan Wilaras has ended his horse business with Platinum Stable in Riel, The Netherlands, by selling all his horses in one blow-out sale to the Dutch investors' duo Rom Vermunt and Harld Bruinier.

Horses.nl exclusively broke the news that, after Eye Catcher and Five Star were sold to Andreas Helgstrand, the remainder of Wilaras' horses in Holland were sold all at once to Vermunt and Bruinier.

"In the past I did much work for Platinum Stable. I bought Ferguson for them as a young stallion at the Hanoverian licensing. I've always been a fan of the stallion and kept believing in him," Vermunt told Horses.nl. "Titan can no longer combine his work in Asia with a stable in Holland and decided to offer all his horses for sale at once. I'm glad for this opportunity because there are nice horses in there."

The blow-out sale includes KWPN stallions Ferguson (by Floriscount), Kyton (by Ferguson) and Indigro (by Negro). It also includes brood mare Black Beauty L (by UB 40), who is the dam of licensed stallion Janeiro Platinum (by Sezuan).

Ferguson was last trained by Ukrainian Inna Logutenkova, who had also taken on the ride on Eye Catcher after Spanish Antonio Laiz Zandio left the building. The liver chestnut stallion will now be trained and competed by Bart Veeze. He also got the ride on Kyton.