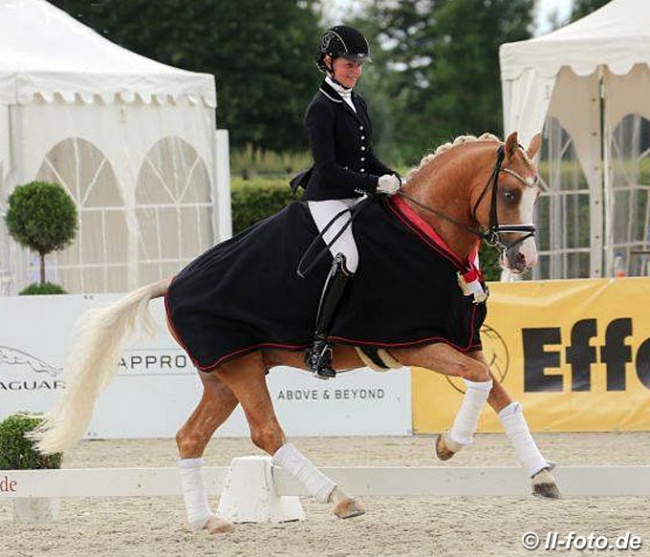 Oatley spotted the pony at the 2019 Preis der Besten in Warendorf.

The 11-year old Rose and the palomino Herzkönig made their show debut at a local show in Kayhude, where they won the L-level test.