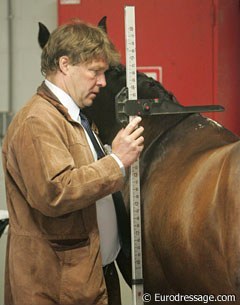 The FEI Veterinary Regulations effective 1 January 2020 were approved at the FEI General Assembly in Moscow Russia on 19 November 2019.

Pony owners should note that a merged proposal for amendments to Chapter IX in the Veterinary Regulations on pony measuring were approved.

The amendments combine aspects of the first proposal sent to National Federations and stakeholders on 8 July, including the three-year transition period, with aspects of the 22 October 2019 proposal such as the Lifetime FEI Measurement Certificate for ponies that measured in during 2017, 2018 and 2019. All details can be found here.

The FEI has a clear objective to retain the Pony Category. The regulatory height of a pony is 148/149cm with shoes.

In brief the approved rules  effective 1 January 2020 will be as follows: