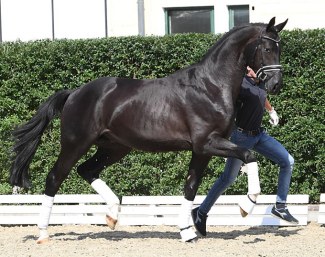 Total Forever (by Totilas x Rock Forever) was secured by a German for 29,000 euro. For Diamantus (by Furst Jazz x Diamond Hit) fetched 25,000 euro and will also stay in Germany.  Valenciano (by Vitalis x Furst Romancier) sold for 25,000 euro and remains in the country too.

The most expensive horse of the auction was the show jumper Vivant's Boy PS (by Vivant van de Heffinck x Action Breaker), which sold to the U.S.A. for 62,000 euro.