2020 CDI Sydney, Last Opportunity for Australian Based Riders to get Olympic MER 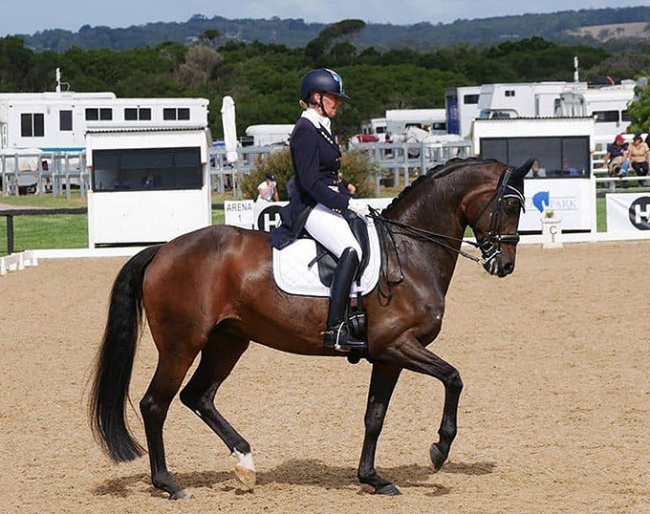 Australia’s Premier Dressage Event the Sydney CDI 3* (29 april - 2 May 2020) will be the last opportunity in Australia for combinations looking to qualify and be in contention for selection for the 2020 Tokyo Olympics.

For Australian riders to secure nomination in the Australian dressage team for the Tokyo Olympics they must meet the FEI's minimum eligibility requirements of two (2) Grand Prix scores of minimum 66%, awarded by both a 5* judge (other than an Australian judge) and as an average score from all judges in the competition, at two (2) different CDI3*/CDI4*/CDI5*/CDI-W/CDIO events, prior to 1 June, 2020.

To be eligible for consideration for nomination, Australian combinations are to have achieved the following competition criteria:

Australian team places are not only fought for by combinations on home soil. Many of our senior Aussie expat combinations are performing well from European and US training bases and international combinations are likely to be in strong contention for the coveted Olympic starts. Australia’s most successful and oldest Olympic equestrian representative Mary Hanna has a long history with the Sydney CDI first competing in 1994 on Mosaic II.

Mary says, “Stepping into the arena at my first Olympics in Atlanta was one of the highlights of my Equestrian career. It’s hard to express the magic of that moment, with 30,000 people in the stadium. My little horse Mosaic grew a hand and really rose to the occasion. I have been entirely addicted to that Olympic dream ever since.”

Mary, a five time Australian dressage team member in Atlanta 1996, Sydney 2000, Athens 2004, London 2012 and Rio 2016, may also be in the mix for Tokyo 2020 selection and a likely starter for Sydney CDI with two horses, Syriana and Calanta. Mary returned to AUS late last year having been based in Germany for a number of years. Her recent success in the CDI3* Grand Prix at the Boneo Classic in January 2020 with a scores on Syriana (70.717%) and Calanta scored (69.739%), showing she remains a force to be reckoned with in the sport and making this year’s Sydney CDI Grand Prix a must see.