Canada and Australia Put Pressure on IOC, Will Not Send Athletes to Tokyo 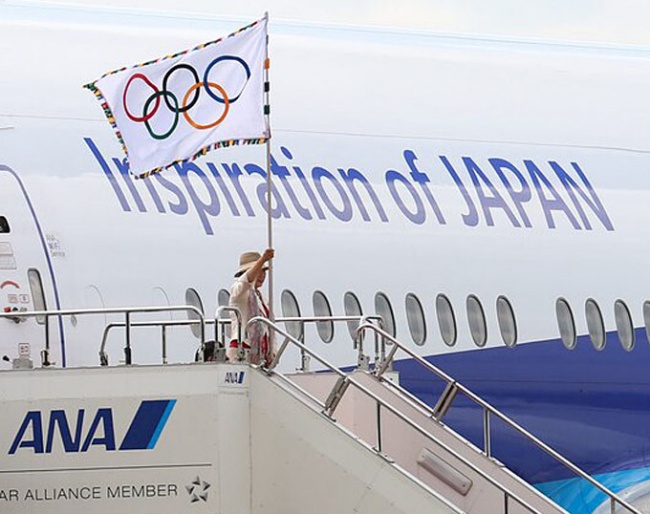 The Canadian and Australian Olympic Committee are putting pressure on the IOC after announcing that they will not send any athletes to the 2020 Olympic Games in Tokyo (23 July - 9 August) if they are not postponed.

"While we recognize the inherent complexities around a postponement, nothing is more important than the health and safety of our athletes and the world community," the COC press release read. "This is not solely about athlete health – it is about public health. With COVID-19 and the associated risks, it is not safe for our athletes, and the health and safety of their families and the broader Canadian community for athletes to continue training towards these Games. In fact, it runs counter to the public health advice which we urge all Canadians to follow."

The AOC says Australian athletes should prepare for a Tokyo Olympic Games in the northern summer of 2021, following the IOC’s announcement of a potential postponement of this year’s Games and changes in public health landscape in Australia and across the globe.

"The AOC believes our athletes now need to prioritise their own health and of those around them, and to be able to return to the families, in discussion with their National Federations," the AOC press release stated.

AOC Chief Executive Matt Carroll added, “we have athletes based overseas, training at central locations around Australia as teams and managing their own programs. With travel and other restrictions this becomes an untenable situation."

AOC chef de mission Ian Chesterman said, “it’s clear the Games can’t be held in July. Our athletes have been magnificent in their positive attitude to training and preparing, but the stress and uncertainty has been extremely challenging for them. They have also shouldered the burden of concern for their peers around the world. That has been a consistent message to me.”

The U.S. Swimming federation, one that actively contributes to a massive medal haul for the U.SA. at each Olympics, has put pressure on the U.S. Olympic Committee (USOPC) to demand for a postponement.

"The USOPC is in constant communication with senior leadership of the IOC and IPC – and they have also expressed that their focus is on the health and well-being of athletes, and communities around the world, and that they will continue to rely on advice from the World Health Organization as they determine if it is necessary to adapt their position as the situation evolves. They believe that it is premature to make a final call on the date of the Games and we believe that we should afford them the opportunity to gather more data and expert advice before insisting that a decision be made."

"The USOPC has complete and total empathy for the athlete community as they manage the terrible stress and anxiety caused by the current lack of certitude regarding the Tokyo Games. We understand that the athletes have concerns about training, qualification and anti-doping controls, and that they want transparency, communication and clarity to the full extent possible. The USOPC has made it clear that all athletes should put their health and wellness, and the health and wellness of the greater community, above all else at this unprecedented moment."

The British Olympic Committee will only release a statement after its Tuesday 24 March conference call with the Tokyo organizers.

"The call will primarily be used to discuss the impact COVID-19 has had on domestic sport and athletes, specifically in light of updated Government advice and the closure of elite training facilities across the UK," their statement read. "This discussion will also inform the positions of the BOA and BPA in respect of feedback requested by the International Olympic Committee and International Paralympic Committee respectively."

No Position from the Germans

The German Olympic Committee (DOSB) website has no recent statement on Germany's position.

The latest corona statement on their official page dates back to 20 March and is a summary of the global infections as well as the restrictions to sport events the German government took at that time. No mention of the Olympic Games at all.

It is interesting (and mind blowing) to take a look at the website of the Chinese Olympic Committee, where there are news updates of some cancelled test events in Tokyo due to corona, but there is not a single mention about corona for its own domestic athletes, or a dedicated corona section on the English version of its website.