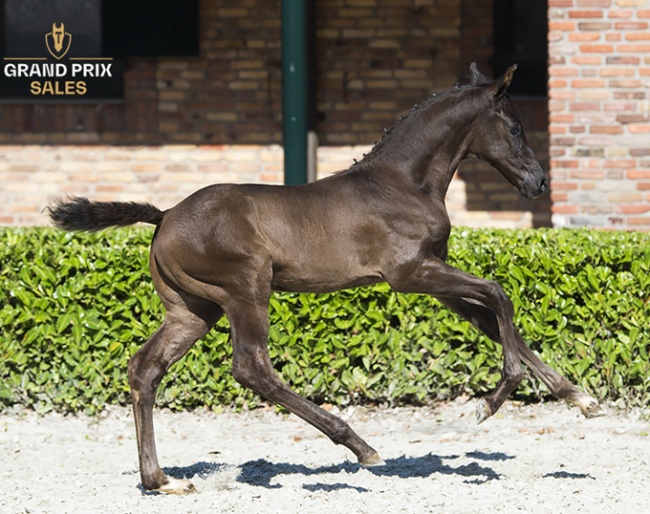 The colt Paco dos Santos became the best seller of the 2020 Grand Prix Sales, an online dressage foal auction held in The Netherlands. The bidding concluded on 4 August 2020.

The colt Patton EH (by Le Formidable x Florencio) was the second most expensive foal of the auction. He sold for 27,000 euro to Dutch media celebrity and dressage fan Britt Dekker.

Puccini (by Desperado x Florencio) will move to Spain for 9,500 euro and Pallache (by Apache x Eye Catcher) sold for the same amount, but moves to the UK

Phoenix P (by Lord Europe) found a new home in the Czech Republic for 7,500 euro.