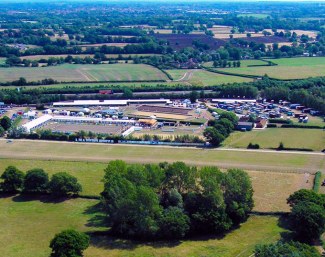 In August show organizer Dane Rawlins pulled the plug out of Dressage at Hickstead after 27 years.

Hickstead hosted the 2003 European Dressage Championships as well as an annual international. Since 2013, this included the FEI dressage Nations Cup series. The event struggled to stay financially viable in most recent years which prompted Rawlins to call in the end of an era.

Today, however, Hicktead's sister site — the All England Jumping Course — revealed plans to host a Premier League show next year (21-23 May 2021) with classes from advanced medium to grand prix and hopes to host a CDI from 2022.

“We want to test the water with our first Premier League show, to gauge the initial levels of support and interest – with a view of going on to potentially bigger events,” said Hickstead director Lizzie Bunn. “We are currently discussing a number of other options, including hosting existing finals, plus hopefully an international competition in 2022. But this very much depends on the entire dressage community getting behind this new venture and making it a success.”