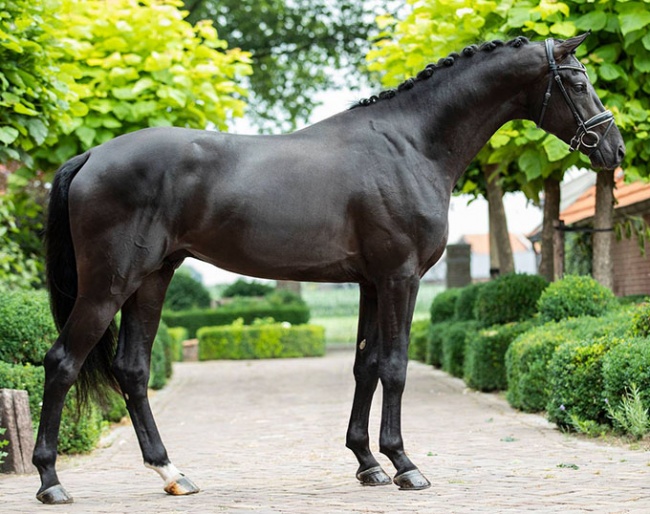 Iowa Gold is by Ibiza out of Weihnira (by De Niro x Furst Heinrich x Don Schufro x Sandro Hit). He is bred by Christine Arns-Krogman.

The black colt was owned by Dutchman Eugene Reesink, who scouted him as a foal.

In March 2020 he was approved by the Westfalian society at a licensing in Gescher. The black colt moved to Hoffrogge's stallion station for training and his first breeding season. He was entered for the 2020 Oldenburg saddle licensing in April, but only in December 2020 he got approved for the Oldenburg society at the late licensing.

The Hoffrogges have now officially acquired Iowa Gold. Beatrice and Jens Hoffrogge recently married and are expecting their first child.

Iowa Gold is a great grand son of Isabell Werth's World Cup Finals and European Champion mare Weihegold. Beatrice rode the Oldenburg mare up to Developing Grand Prix level and won the Louisdor Cup Finals after which Isabell took over the ride.